Although neighbors, Honolulu and Waikiki are not synonymous. While Oahu’s south shore might seem to blend into one big city, Honolulu and Waikiki could not be more different. Waikiki is a vacation bubble filled with a constant parade of visitors, towering skyscrapers, and hundreds of businesses whose main objective is to cater to the endless flow of tourists. Downtown Honolulu, however, is the financial and political core of the island. In addition, Hawaii’s capital city is home to arts districts, vibrant immigrant neighborhoods, and some of the state’s most historic landmarks. There are countless experiences in Downtown Honolulu that will give visitors a taste of what life is like away from Waikiki and what it means to be from this bustling Pacific city. 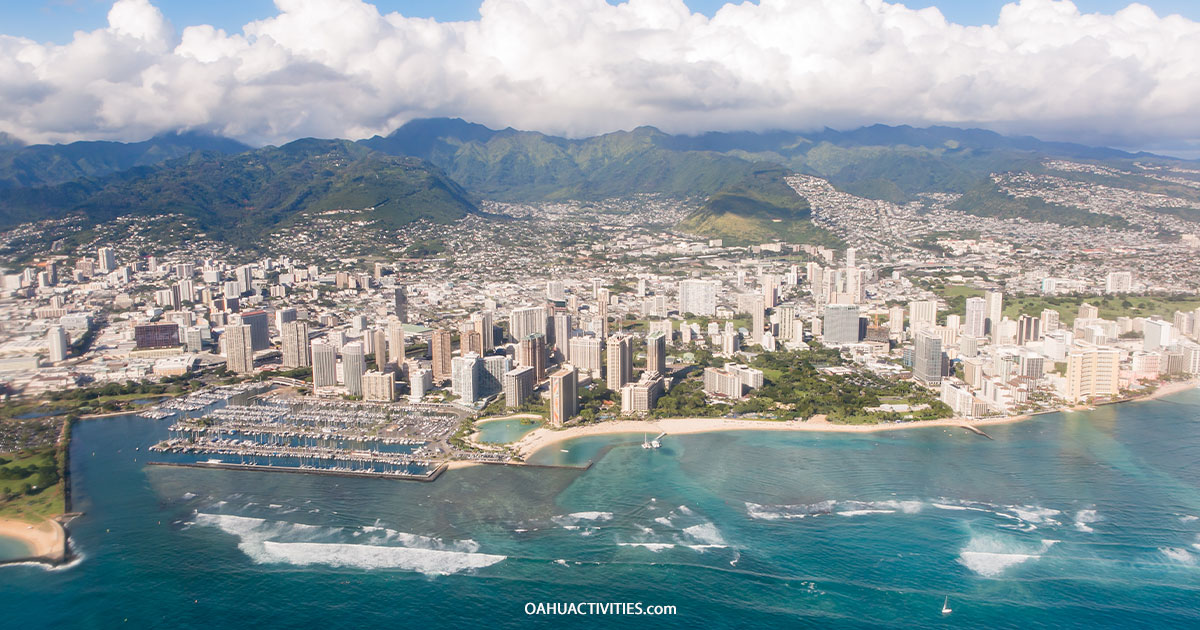 Honolulu is home to one of the oldest Chinatowns in the nation. Encompassing 36 acres, Honolulu Chinatown is one of the oldest urban areas on the island. This part of Honolulu was founded in the mid-1800s after thousands of Chinese laborers settled here after finishing their plantation contracts. Today this area of the city is still a melting pot for immigrants from around the Pacific.

Kekaulike Market is the epicenter for food and shopping in Chinatown. A walk around this area will reveal vendors hawking tropical fruits, ripe veggies, fresh meats, sauces, and spices under brightly colored umbrellas. Kekaulike Market’s old brick buildings house mom-and-pop food stalls and noodle houses. One thing is for sure; there is no shortage of dim sum here. 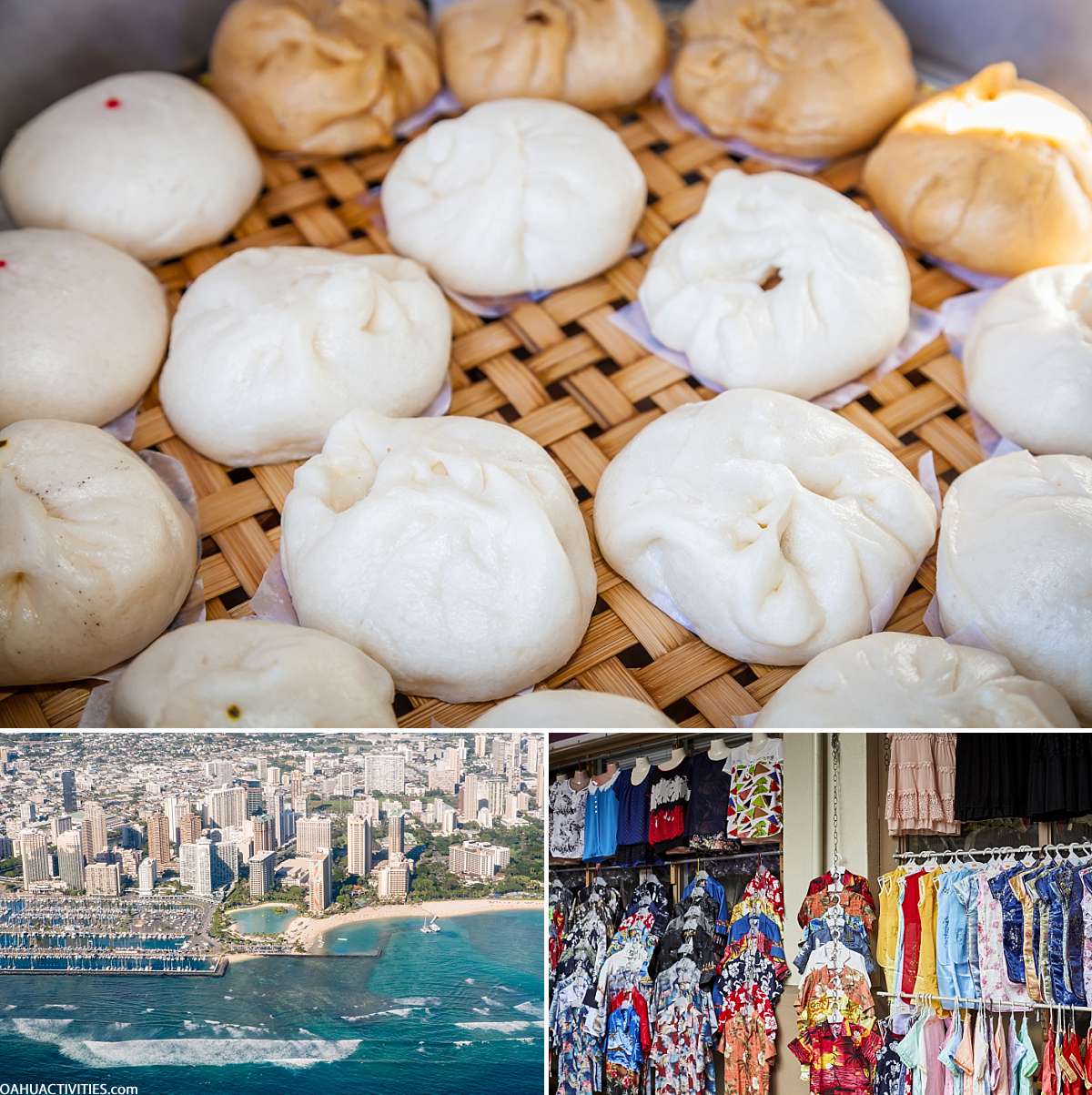 Located at the Port of Honolulu, The Aloha Tower has been a welcoming beacon to travelers since its opening in 1926. Before the arrival of jet planes, travelers to Hawaii would voyage across the Pacific by ship. Upon arrival in Honolulu, seafarers would be greeted by a welcoming party congregating beneath the tower. The reception included hula dancers, musicians, and lei greetings.

Much has changed since the days of sailboats and steamship travel. However, the massive “Aloha” etched in the tower still greets visitors to Hawaii arriving by cruise ship. Today, visitors can stroll around the Aloha Tower Marketplace, grab a bite to eat or do some shopping. For stunning views of the city, Diamond Head, and the Koʻolau Mountains, guests are welcome to climb up to the observation deck on the 10th floor.

The Iolani Palace is a point of great pride and heartache for Hawaiians. The palace housed Hawaii’s last two monarchs, King David Kalakaua and Queen Liliuokalani. Elegant in design, the palace boasted a koa staircase, large portraiture, and lavish decorations. What’s more, the palace featured a telephone system, flushing toilets, and was outfitted with electricity years before the White House! The Hawaiian royals were immensely proud of the beautiful palace and would often entertain international dignitaries. 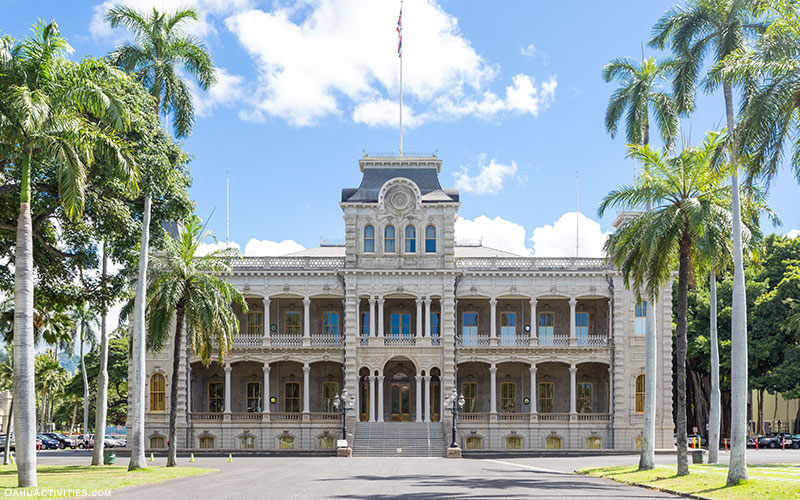 Iolani Palace was also the site of the brutal overthrow of Hawaii in 1893, when American businessmen organized a coup backed by the US military, surrounded the palace, and forced Queen Liliuokalani out. A few years later, after an unsuccessful attempt to restore power to the Hawaiian monarchy, Liliuokalani was imprisoned and isolated in a room in the palace for almost eight months.

After the overthrow, the palace was used by the US government. After statehood, it was abandoned and fell into disrepair. Thankfully, restoration work began in the 1970s, and today, the Iolani Palace is preserved and cared for. Just as stunning today as it once was, the Iolani Palace is a living piece of history.

Across the street from the Iolani Palace is an 18-foot statue of King Kamehameha. King Kamehameha was Hawaii’s great king, who united the islands under one rule after years of conflict. The statue was erected in 1883 and is one of Hawaii’s most photographed landmarks today.

This statue was not the first of its kind. In fact, this was the second statue of Hawaii’s great king to be built. The first Kamehameha statue was lost at sea near Cape Horn while being transported to Hawaii. Miraculously, the figure was eventually recovered and later placed in North Kohala on the Big Island, near Kamehameha’s birthplace. 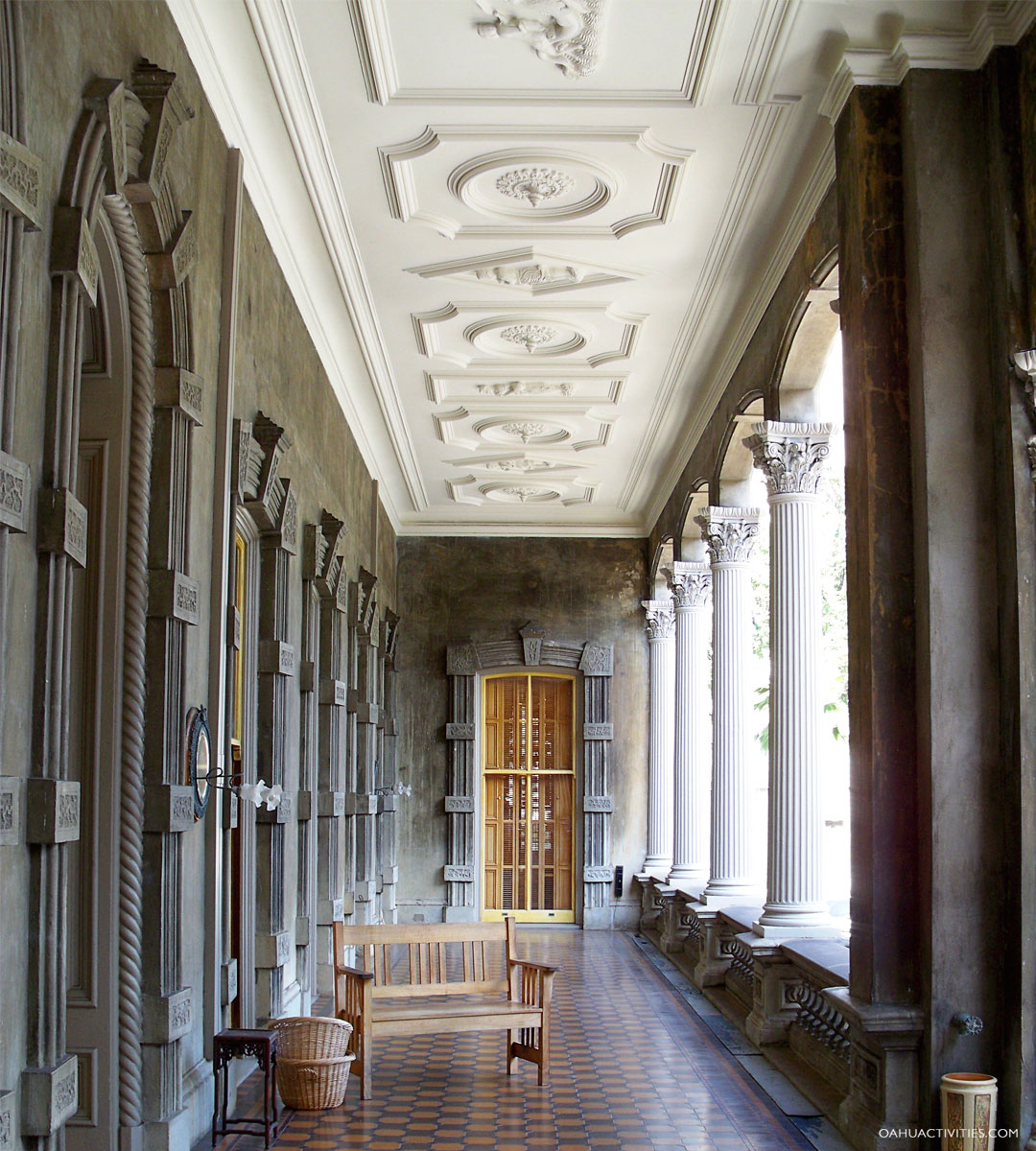 The building behind the famous Kamehameha Statue is the Aliʻiolani Hale. The building was commissioned by King Kamehameha V, originally intended to be a palace. However, Kamehameha V died before its completion, and the building was finished under the reign of King Kalakaua. Kalakaua named the building after the late king, which translated means “house of a chief known unto the heavens.” Kalakaua decided that Aliʻiolani Hale would be a government building, citing a greater need for a legislative building than a palace. After its completion in 1874, Aliʻiolani Hale was the headquarters for the Hawaiian government, Legislative Assembly, and Supreme Court. Today it houses the Hawaii State Supreme Court and a free public museum. 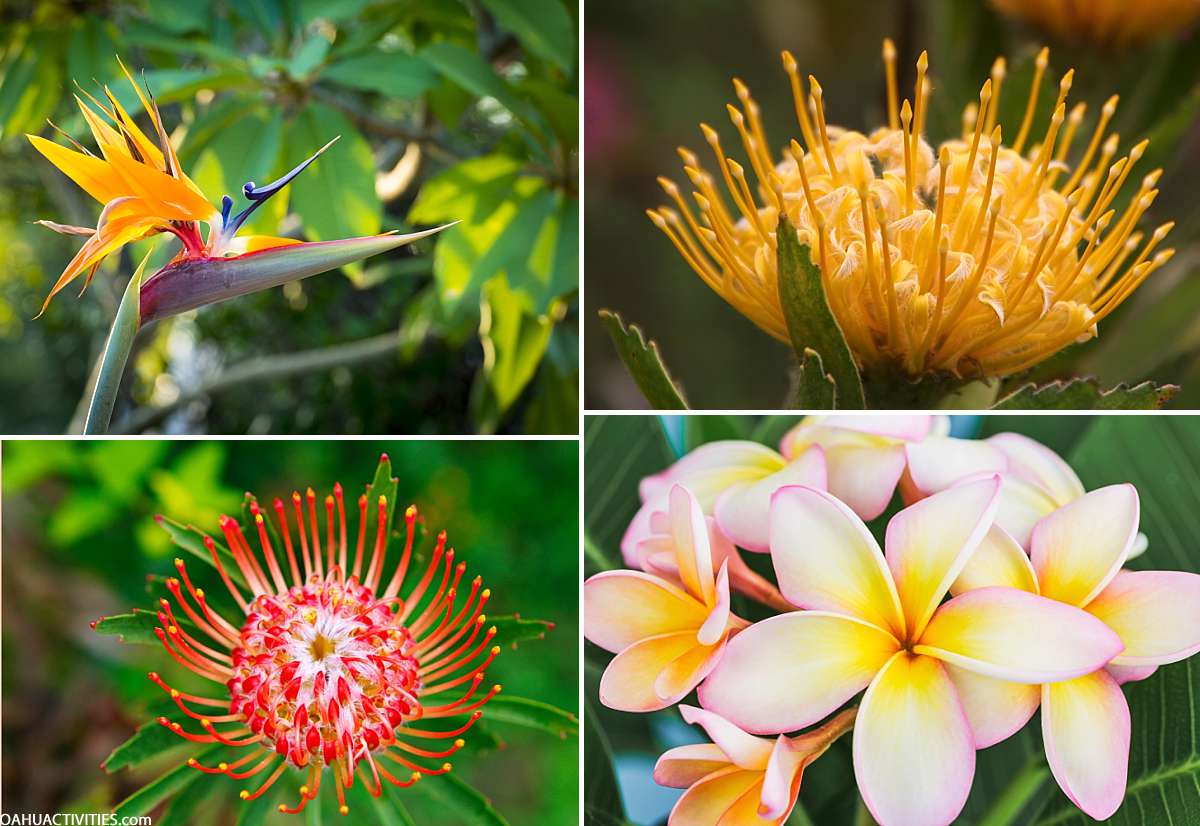 Amid the hustle and bustle of the big city, there are nearly 14 acres of peace in the heart of Downtown Honolulu. The Foster Botanical Garden is home to a tremendous display of tropical plants and trees. Some of the trees in the garden were planted in 1850 after Queen Kalama leased about five acres of land to German botanist William Hillebrand. He used the land to build his home and began planting trees. Years later, the property was sold to Thomas and Mary Foster, who continued to develop their homesite. Near the time of her death, Mary Foster left the land to the city and county of Honolulu under one condition. The city was to “forever keep and maintain the gardens as a public and tropical park to be known and called Foster Park.” Since then, Honolulu has kept its promise to Mary Foster, and the garden has grown to 13.5 acres in size. Here you can find a palm garden, outdoor butterfly habitat, an orchid display, and much more scattered throughout the park.