Fun For The Whole Family
3

Lions, tigers, komodo dragons- oh my! The Honolulu Zoo boasts a collection of 905 animals from the tropics, the largest zoo for over 2,000 miles. Located across the street from Queens Beach in Waikiki under the looming shadow of Diamond Head, the Honolulu Zoo sits on a spacious 42.5 acres in sprawling Queen Kapiolani Park.

Home to an impressive assembly of animals that spans the likes of the African savannah, tropical forests, and the Pacific islands, the Honolulu Zoo is an excellent way for families to spend a day in Waikiki. What’s more, Honolulu Zoo is proud to offer more than simply putting animals on display. The zoo’s earnest conservation efforts help preserve endangered species in Hawaii and around the world. 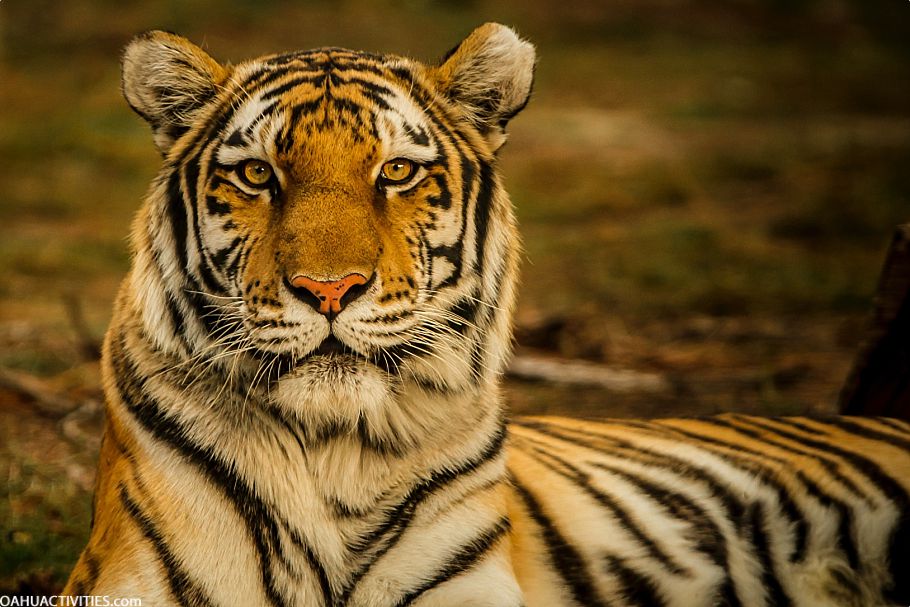 Honolulu Zoo has a rich and fascinating history. In 1877, reigning monarch King Kalakaua designated 300-acres of Leahi Crown Lands to the public of Hawaii. The area was named Kapiolani Regional Park, dedicated to Kalakaua’s wife, Queen Kapiolani. A portion of the park would be used to display Kalakaua’s rare bird collection. Little did the royal know, this would lead to the inception of the Honolulu Zoo. In 1914, the City of Honolulu took responsibility for the park, and the first park director began collecting animals, starting with a monkey, a bear, and an African elephant. Over several years, the park’s bird collection grew, and three large aviary complexes were constructed. However, it wasn’t until 1947 that the Honolulu Zoo was officially born. 42.5 acres of Kapiolani Park was allotted for Honolulu Zoo, and a master plan was drawn up. The zoo as we know it today was designed in 1984 when a second master plan was created to categorize exhibits into three zones: the African Savanna, Asian and American Tropical Forests, and Pacific Islands. 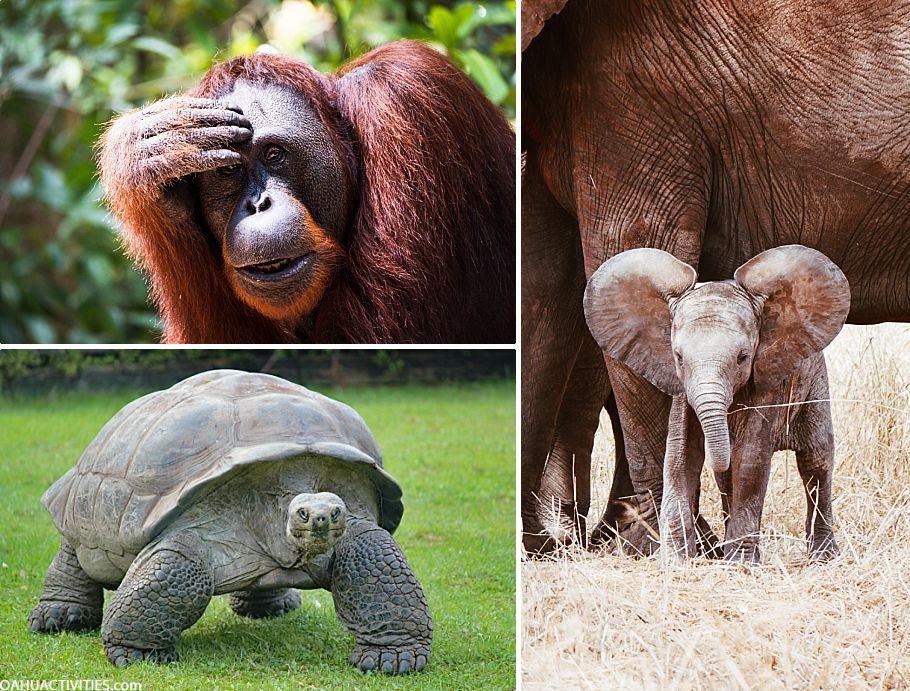 The Honolulu Zoo is home to a plethora of different animals from around the world, from birds to amphibians, mammals to reptiles. Just beyond the entrance gates, guests will be greeted by hot pink flamingos and tropical forest birds like toucans. Wander further into the park, and you’ll find orangutans, snakes, alligators, and elephants. Soon, you’ll roam into the heart of the African savannah, home to exotic animals like giraffes, lions, zebras, baboons, aardvarks, cheetahs- enough animals to make your head spin. If you’re visiting with kiddos, stop by the petting zoo and say hi to the goats, guinea pigs, and sheep. Before you end your day at the zoo, make sure to catch a glimpse of the sloths cruising in their habitat just before the exit. 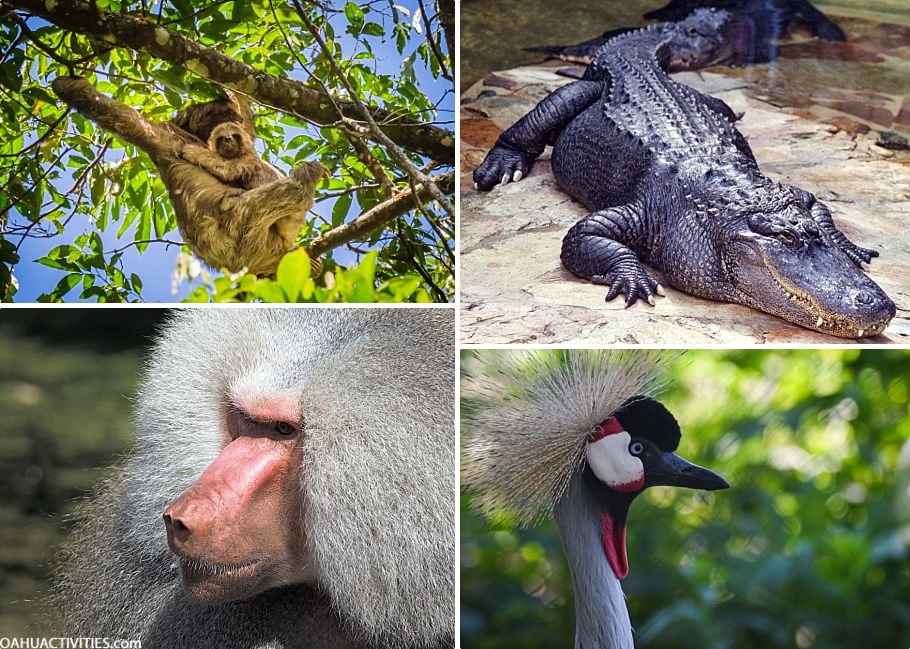 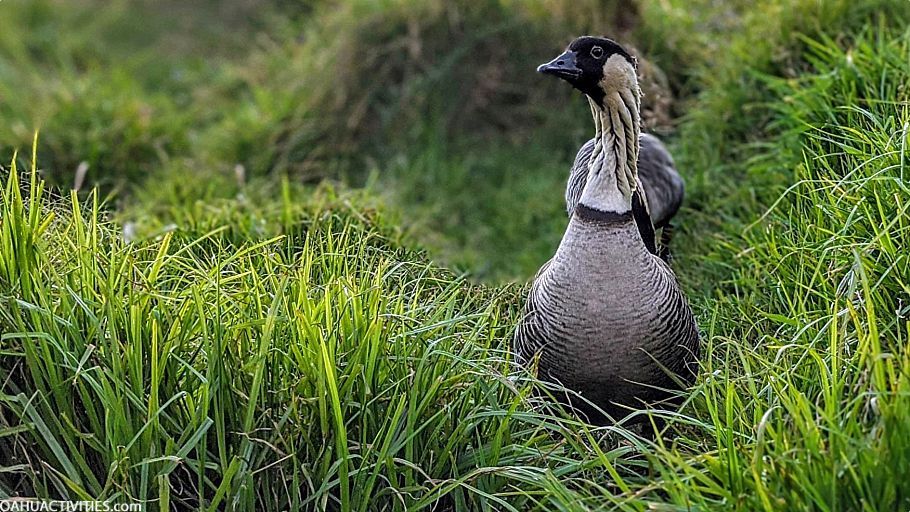 Fun fact: Maui once had a zoo! This small zoo was located in Kula on the slopes of Haleakala. The zoo’s biggest attraction was a giraffe named Squirt. Unfortunately, the zoo closed in 2004, but now Squirt calls the Honolulu Zoo home. If you stop by the giraffe exhibit, say hi to Squirt, now called Makana, the only giraffe to have lived on two Hawaiian Islands! 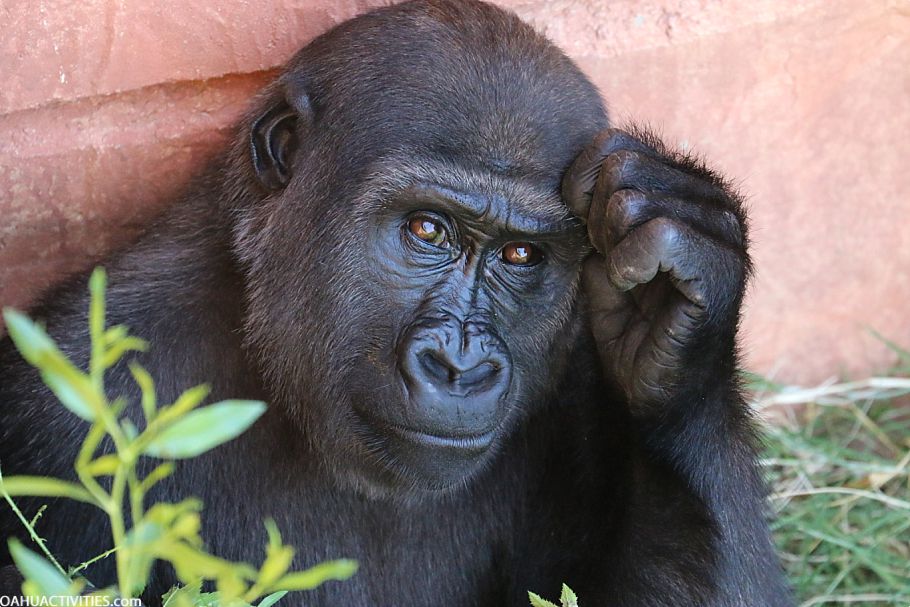 Honolulu Zoo participates in a number of Species Survival Plans, also called SSPs. SSPs are programs designed to utilize captive animals to prevent the extinction of endangered species in the wild. Many endangered species live at the zoo, including African wild dogs, Sumatran tigers, and African black rhinos. The overall goal of many SSPs is to reintroduce captive-raised animals back into the wild. Locally, Honolulu Zoo has partnered with nearly a dozen Hawaii conservation groups. One of their most notable and successful projects has been the rehabilitation of Manu o Ku (white terns) and Ua’u Kani (wedge-tailed shearwaters) with Hawaii Wildlife Center.

The Honolulu Zoo is open from 10 am to 3 pm daily, with the zoo grounds closing at 4 pm. Reservations are not required, and kamaaina and military discounts are available. Service animals are welcome, and strollers and wheelchairs are available for rent on a first-come, first-serve basis. There are paved walkways throughout the park, and the entire zoo is wheelchair accessible. The Honolulu Zoo also boasts playgrounds, cafes, and snack bars. Kids will also love the giant hippo and giraffe sculptures. 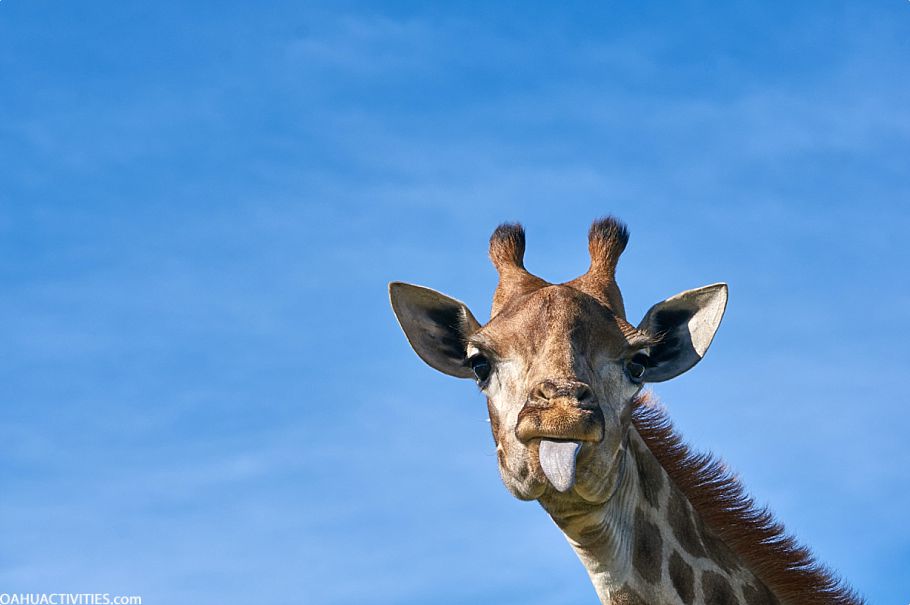 It can be easy to get caught up in the excitement and forget that the zoo is the animals’ only home. If you’re traveling with kiddos, make sure to use quiet voices, don’t tease or throw things at the animals, don’t climb the fences, and don’t feed the animals. They’ll certainly appreciate you! It’s also important to remember not to wander off designated pathways. In addition to the animals, the Honolulu Zoo boasts an extensive collection of plants from all around the world. In fact, many plants around the zoo are used to feed the animals. This prevents the zoo from relying on outside imports to keep the animals fed. 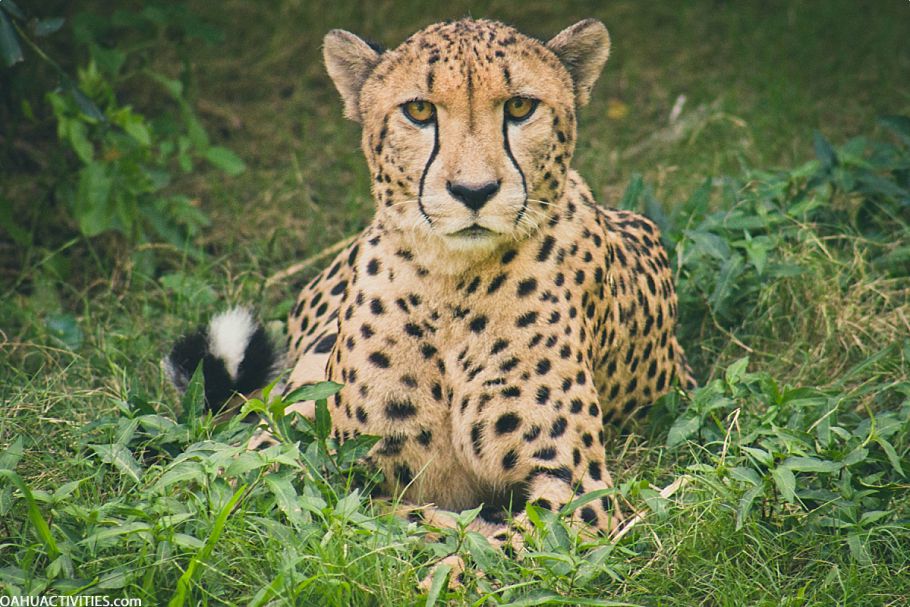 If you can’t make it to the zoo in these strange times, why not bring the zoo to you? Honolulu Zoo offers a range of online interactive opportunities. You can browse educational shorts on the zoo’s website, take an online tour, watch live animal webcams, or even have a zoom session with a zookeeper to learn more about animals and conservation. Alternatively, if you can make it to the zoo and you want to take a deeper dive into what Honolulu Zoo has to offer, you can take a private morning safari tour or explore the zoo after hours on a twilight tour. The possibilities are endless. 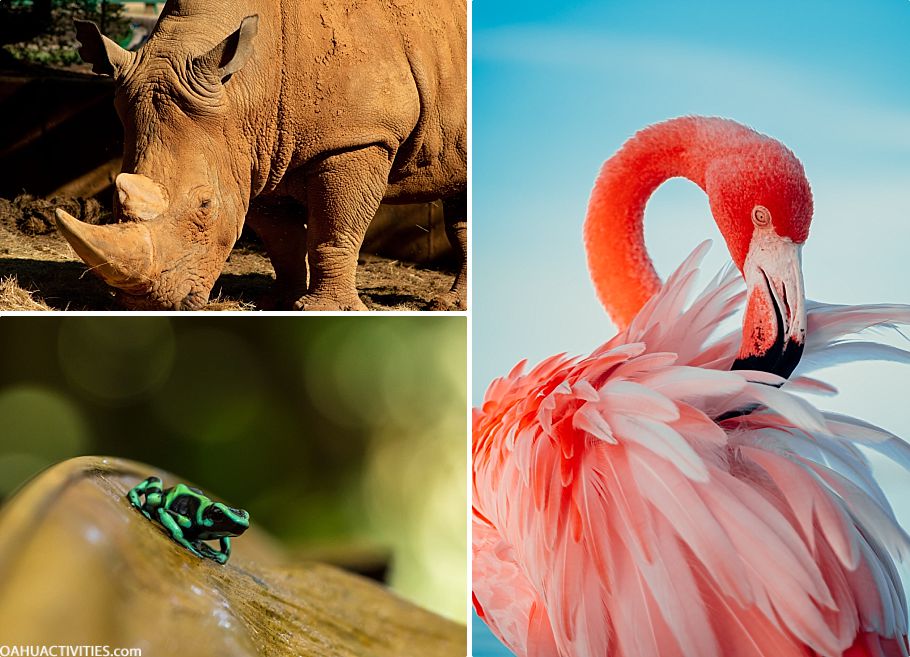 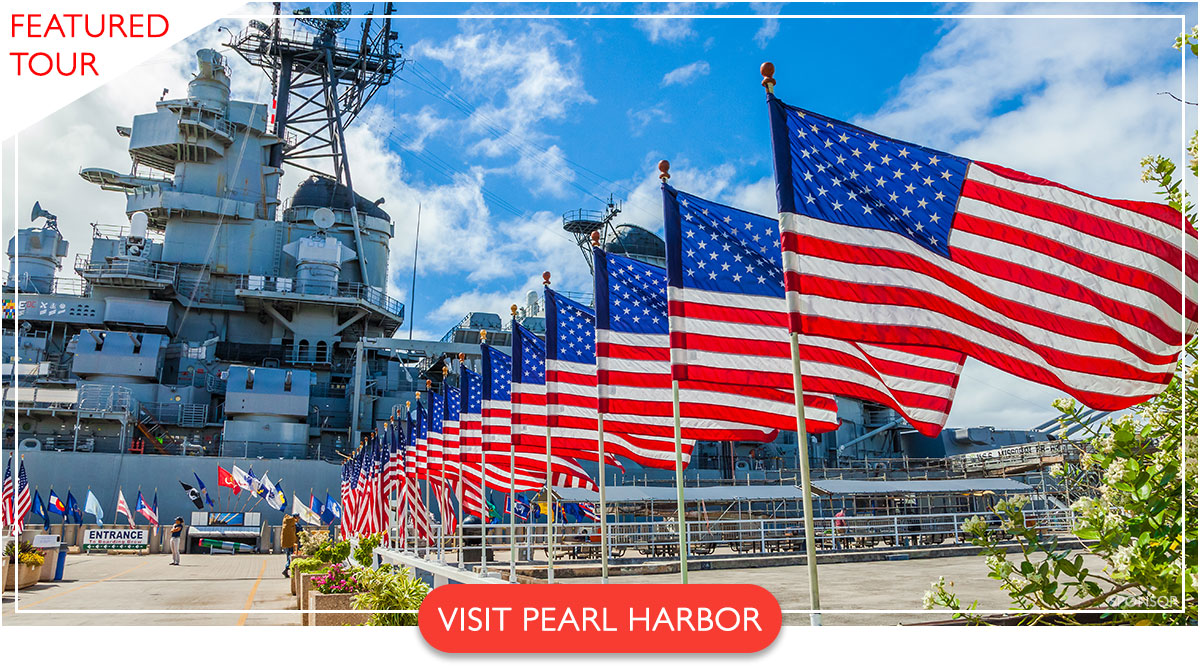