Visiting Oahu has widespread allure—those glorious beaches aren’t globally-renowned for nothing—but for many it’s also a place to honor one of the 20th century’s most momentous events: On December 7, 1941, the island’s Pearl Harbor was assailed by the Imperial Japanese Navy, thus catalyzing the United States’ entry into the Second World War and changing the course of the history forever. Called “a date which will live in infamy” by then-president Franklin D. Roosevelt, the surprise attack resulted in 2,403 deaths, 1,143 injuries—and a radically different world. Today, the site stands as a badge of sacrifice, pride, and resilience. 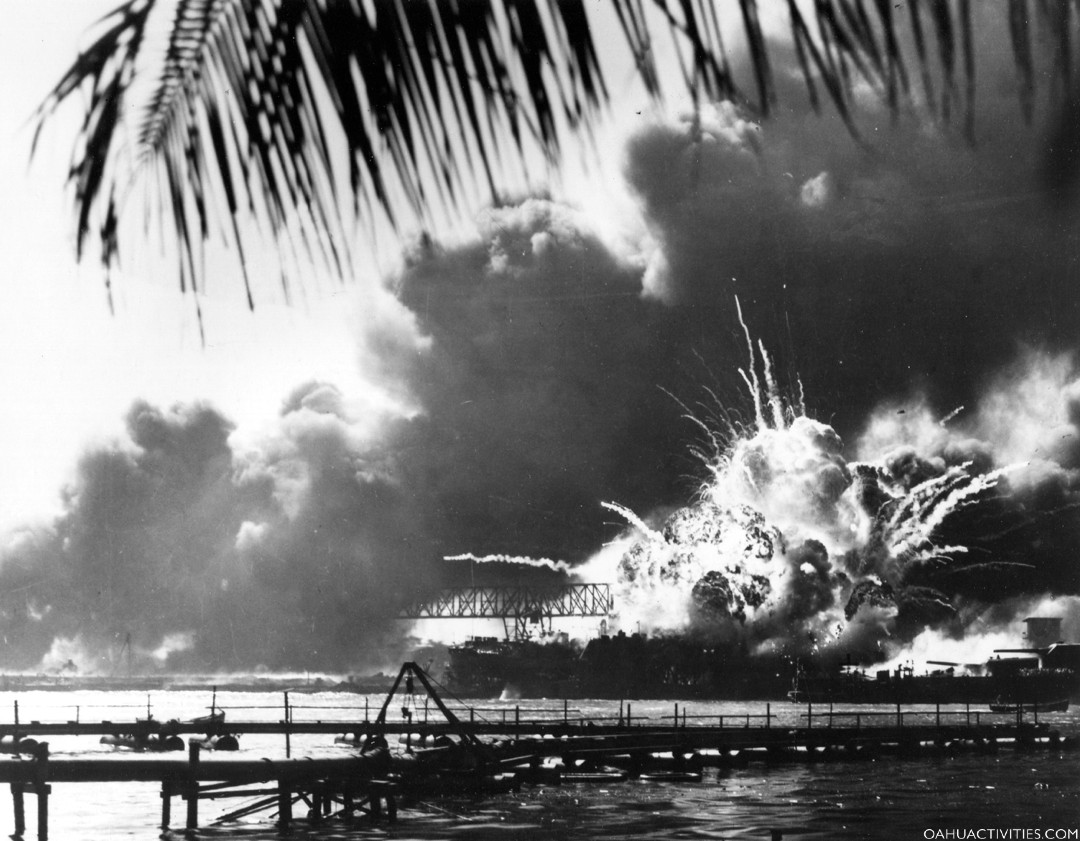 Journeying to Pearl Harbor is a solemn endeavor, to be sure, but the naval base also offers a fascinating glimpse into a transformative era—and the chance to pay respects to the men and women before us. Here’s what you ought to know before you go:

Comprised of four memorials and historic parks, Pearl Harbor—which is open from 7am to 5pm every day of the year except Thanksgiving, Christmas, and New Year’s Day—is an international destination that sees approximately 4,000 visitors per day. As such, reservations are recommended. (Note: One of the site’s biggest attractions, the USS Arizona Memorial (a memorial that straddles the sunken hull of the ship), is temporarily closed due to structural damage, but the National Park Service anticipates that it will reopen in March, 2019. In the meantime, visitors can take a 30-minute narrated harbor tour of Battleship Row, which passes by the legendary memorial. Reservations for this are recommended as well.) Wear comfortable shoes, too—there’s a lot of walking to be had. 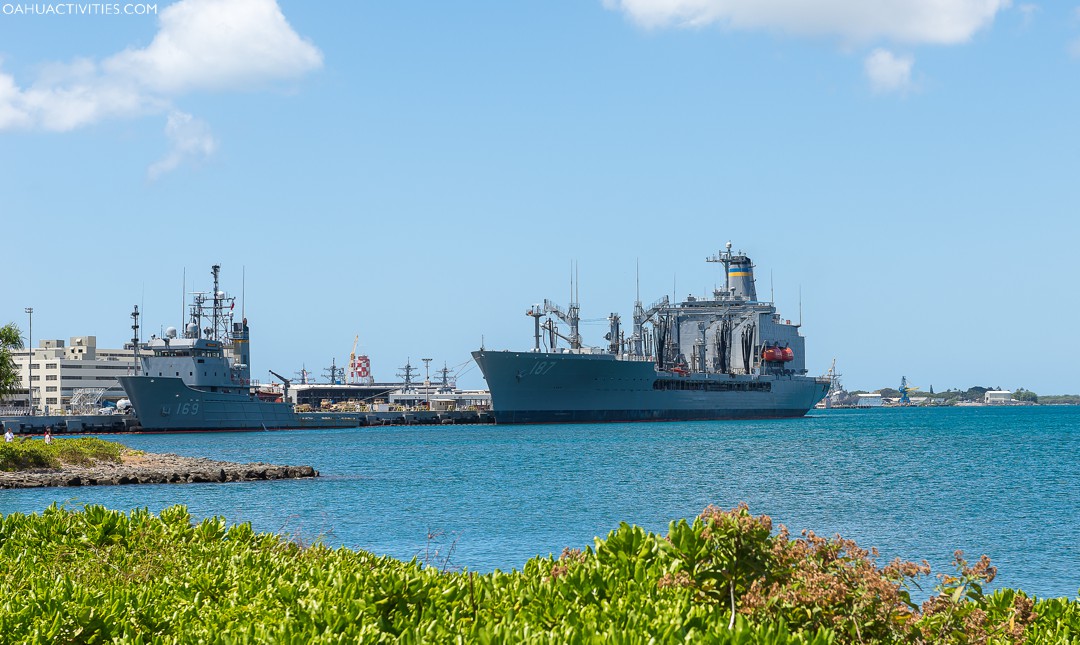 …at the Remembrance Circle and Waterfront Memorial. The former—serene and beautiful—is located straight ahead from the Pearl Harbor Visitor Center’s entrance and honors casualties of the attack; it also holds a bronze 3D map of Oahu that shows the attack targets of the day. The latter honors the 52 submarines utilized during World War II—and the 3,500-plus submariners who lost their lives in it.

…a short but telling documentary about the bombing at the Pearl Harbor Memorial Theatre. Once you’re done, check out “Road to War” and “Attack,” two exhibits dedicated to the lead-up to the attack and its aftermath, respectively. Emotional? Yes. Vital? Doubly so. 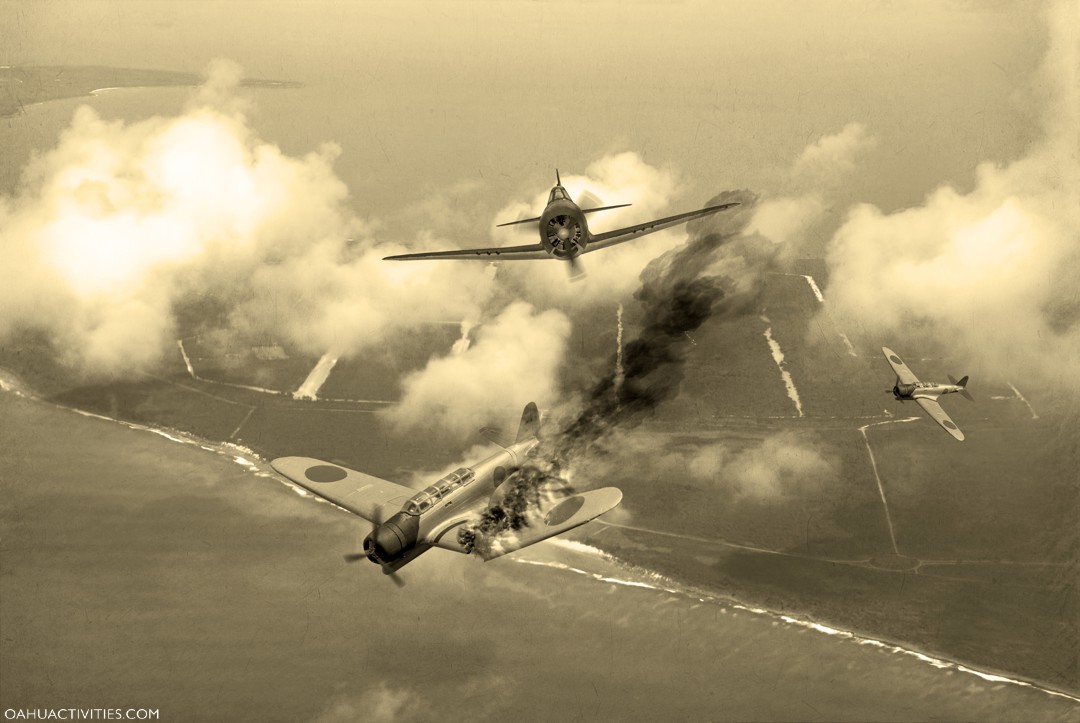 …by the Pacific Aviation Museum. Named one of the Top Historical Spots Worth Traveling For by TripAdvisor’s FlipKey, this splendid museum—which includes the bullet-scarred hangars that endured the attack—is a must-do on your Pearl Harbor tour. Visitors will have the chance to see the control tower and various aircrafts of the battle—from the B-17 Swamp Ghost to a Japanese Zero—and to hear about the heroic actions of WWII personnel. Hangar 37—a 42,000 square foot seaplane that survived the bombing—serves as a memorable start to this voyage through 70-plus years of aviation history. Tip: The self-guided audio tour offers a well of engrossing information, while those visiting Pearl Harbor in March will have the chance to attend the museum’s Open Cockpit Day. 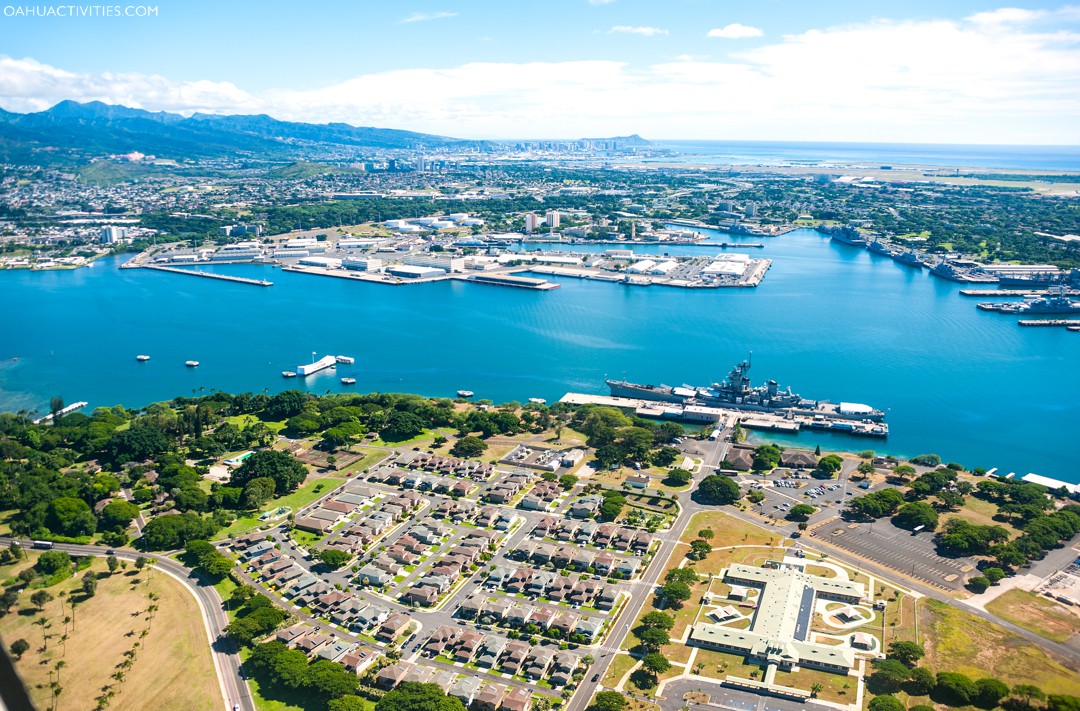 …one of the most decorated submarines of World War II. Aptly dubbed the “Pearl Harbor Avenger,” the USS Bowfin sunk 44 enemy ships during its tenure; today, the painstakingly-restored submarine illuminates how 80 sailors and Marines lived within its tight (and tense) parameters. (Read: the vessel’s cloistered interior isn’t for the claustrophobic.) Its museum and park are just as enthralling; here, you can see a submarine bell, an authentic Japanese suicide torpedo, and a 12,000-pound C-3 Missile.

…your bag at home. Pearl Harbor remains an active military base—it houses the U.S. Navy’s Pacific Fleet—and disallows bags at its historic sites. For $5.00, you can store your personal belongings at the baggage store area in front of the Visitor Center. 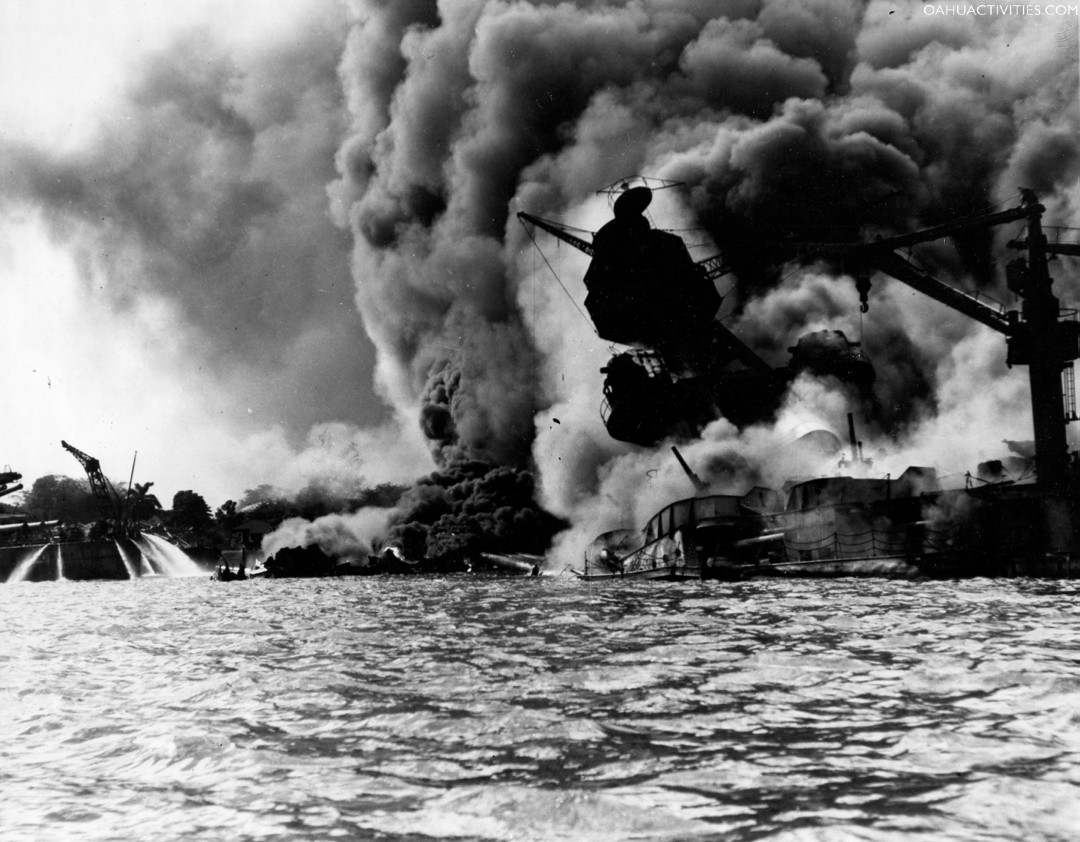 …the bookstore. Brimming with posters, audio recordings, and over 120 titles on the Pacific War effort—as well as 5o videos—this museum bookstore is the perfect place to pick up a memento for the history buff in your life (or, hey, yourself).

…Mighty Mo. Garnering the nickname for the fierceness and spirit she demonstrated in her 16 years of active duty, Mighty Mo—technically, the USS Missouri—was launched in 1944 and decommissioned in 1992. Now resting in the heart of Pearl Harbor, and serving as one of the site’s major highlights, it presents stunning, 50-caliber guns—which were potent enough to fire rounds at targets 20 miles away—among other fascinating features. Tune in for a tour and hear about the surrender of Japanese leaders aboard the ship—a capitulation that brought World War II to a close. 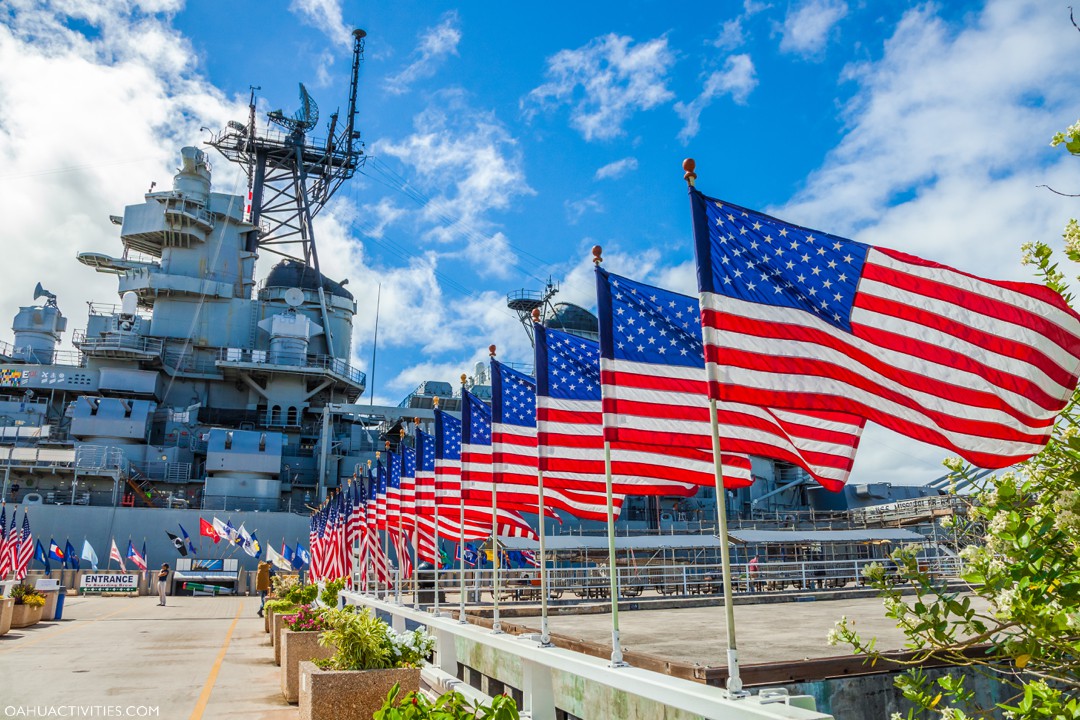 …at Laniakea Café. Located in the Pacific Aviation Museum, this WWII-themed venue offers suitably-titled entries like a Hangar Burger with American cheese and caramelized onions and a Flight Deck Deli Sandwich with turkey, ham, and Swiss. It’s perfect if you’re in a pinch and need to replenish. Happen to miss it? Swing into the Bowfin’s Lanai Food Court; the place serves grinds like hot dogs and nachos. 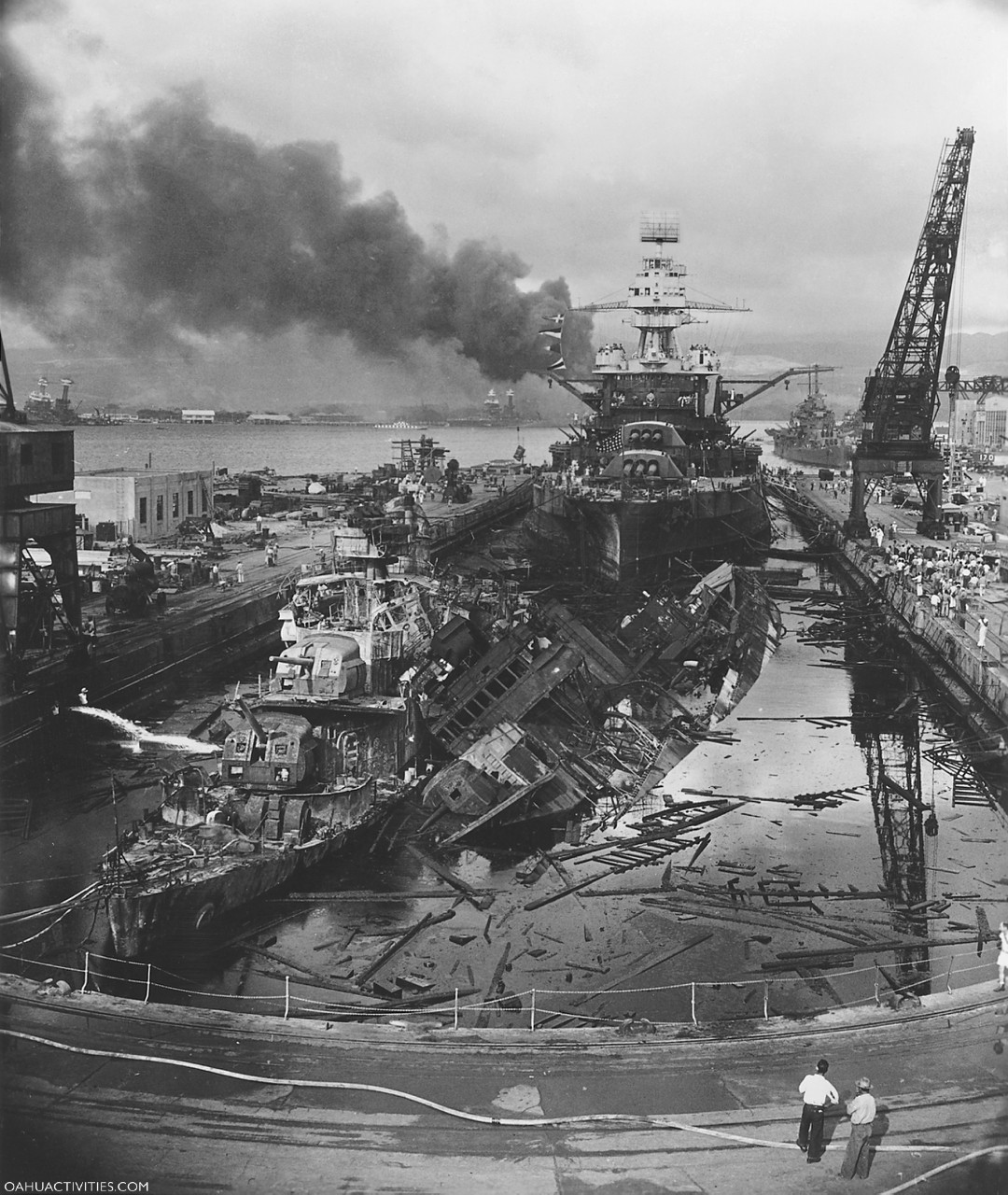 …your tour by honoring those that fell with the USS Oklahoma. Otherwise known as “Okie,” the USS Oklahoma was stationed on Battleship Row on the day of the attack. The battleship sustained several significant hits from torpedoes dispatched from Japanese bomber planes before she started to list, ultimately capsizing and taking 429 lives (and wounding and trapping many others). In the first three days after the attack, banging could be heard before silence descended. Those servicemen are commemorated today with white pickets—a haunting, poignant touch that memorializes the devastating and unforgettable December day. 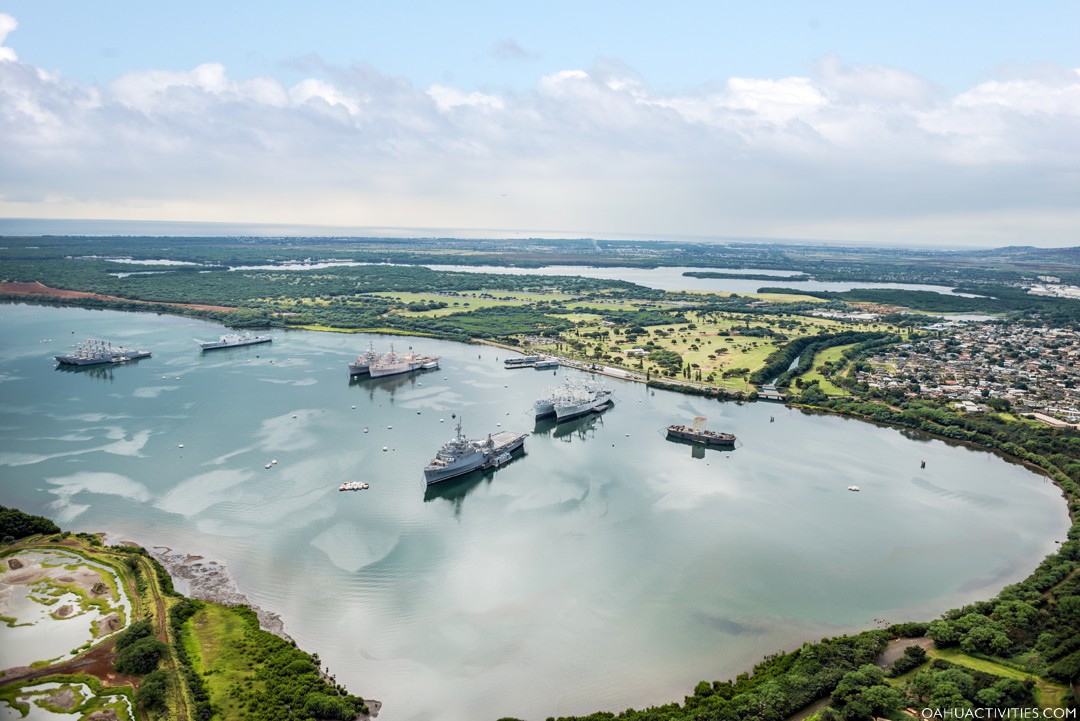 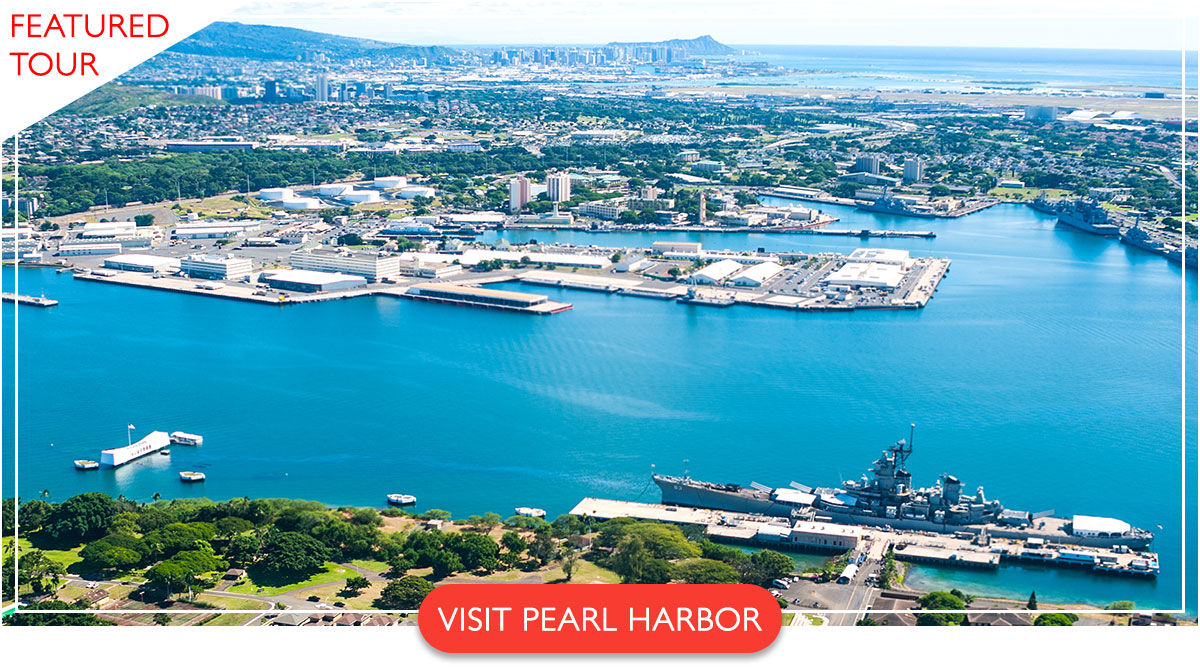