The idea of old Hawaii poses a ton of allure for, well, a ton of travelers—vacationers who want a tropical experience with a cerebral bent.

And for good reason. Although Hawaii has been part of the United States since 1959, its sheer remoteness—as in 2,390 miles away from the closest body of land—has rendered it an exotic marvel for many. What’s more, Hawaii’s history is just as enticing as its present.

But where to learn about “old Hawaii” often leaves visitors stumped—particularly if they’re intent on savoring an experience beyond the walls of a museum.

Enter Polynesian Cultural Center, a 42-acre goldmine of culture, history, and riveting experiences. Here are 10 things that ought to get you excited about this beloved Oahu landmark. reservations are recommended. 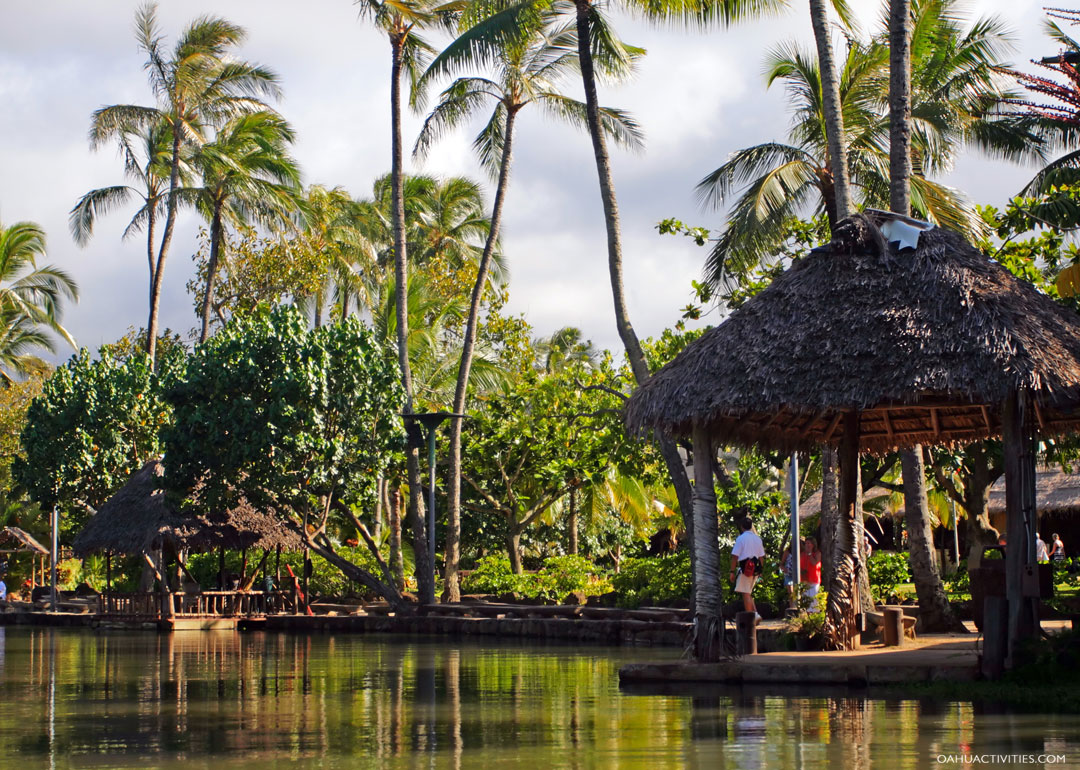 1. As in, the Polynesian Cultural Center is frequently rated the #1 visitor attraction in all of Hawaii (with the most recent nod arriving from USA Today). It’s no wonder: All those acres on Oahu’s North Shore are dedicated to the sole purpose of educating the public about Pacific Island nations—and allowing them to have a whole lot of fun while doing so. Further, Polynesian Cultural Center began with a purpose and continues to have one today: The “living museum”—or PCC, as some call it—was founded in 1963 by The Church of Jesus Christ of Latter-day Saints. After establishing Brigham Young University nearby, the church realized that many native Polynesians could not afford to attend. With that in mind, they created PCC “as a means for students to showcase their heritages and their cultures and receive a wage so they could, in turn, pay for their schooling,” says President of the PCC, Alfred Grace. As such, the Polynesian Cultural Center is something of a work-study program, with 900 part-time employees presently studying at BYU. 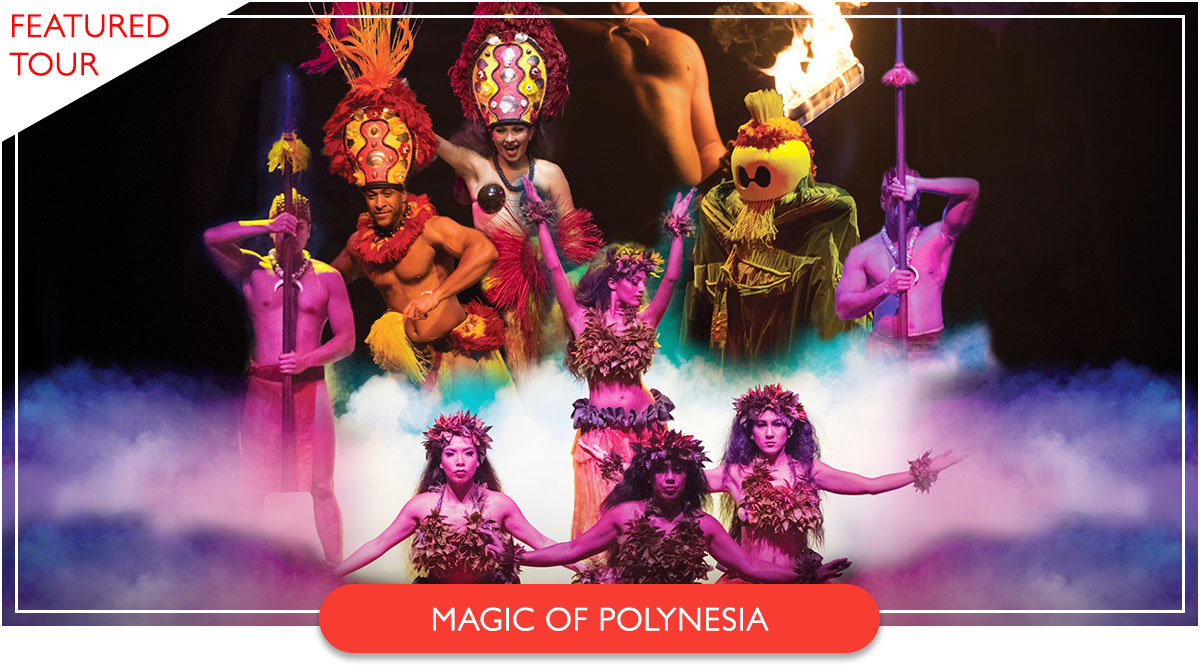 3. as in the number of trips to the buffet table you may take at the Polynesian Cultural Center’s Ali’i Luau Buffet. The textures, sounds, sights, and tastes of Pacific Island nations merge here to create an outstanding performance and feast. And what a spread it is, with specialties ranging from Kalua pig and Huli Huli chicken to Lomilomi salmon and Imu pork. (Translation: pork cooked in an underground, outdoor oven.) 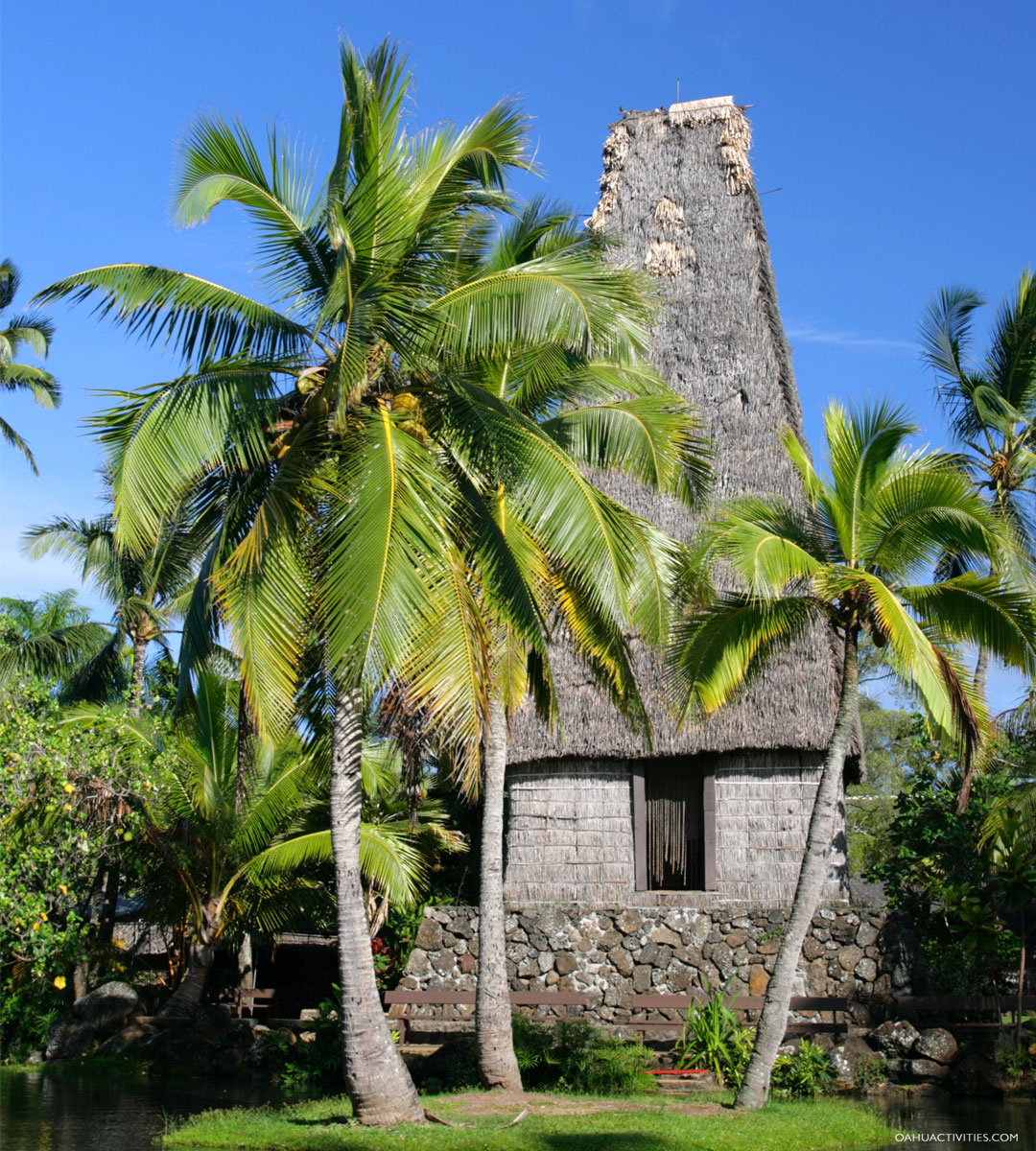 4. Luaus not your thing? Try the PCC’s table-service restaurant, Pounders, where you can delight in Ahi Tataki salad, fresh-caught, ginger-garlic fish, pizza, and more. (Do note, however, that alcohol is prohibited across the park.)

5. Or help prepare a meal: One of the Polynesian Cultural Center’s many offerings includes the chance to make an authentic Samoan meal. In doing so, you’ll also see huts—constructed without nails—that are common to this South Pacific nation.


6. As in the total number of Pacific Island cultures exemplified at the PCC. In addition to Samoa and Hawaii, you’ll also come into contact with reenactments of Tonga, Tahiti, Fiji, and Aotearoa (what we know now as New Zealand). Each “village” presents guests with the music, dancing, food, stories, and customs distinct to each place, leaving guests with a broader idea of the differences—and striking similarities—between them. 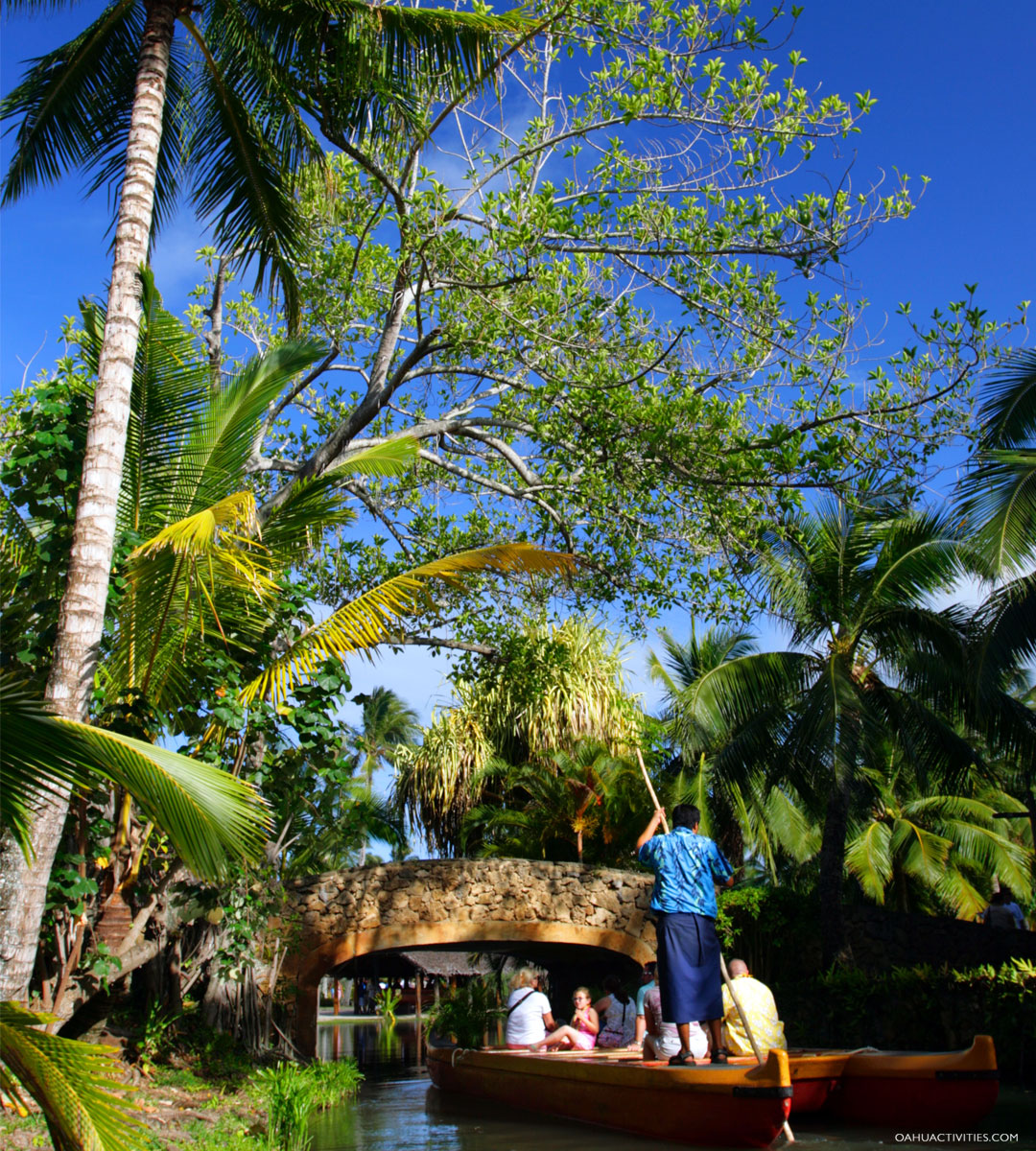 7. Is the minimum number of things you’ll learn about each of these unique cultures, from learning how to make coconut oil in Fiji to twirling a fire knife in Samoa to tossing a spear at a coconut in Tahiti. You can also take hula lessons at the village of Hawaii, play lafo—or shuffleboard—in Tonga, and test your skills with ancient Maori games. It’s one thing to see undertakings in action, after all; it’s yet another to partake. 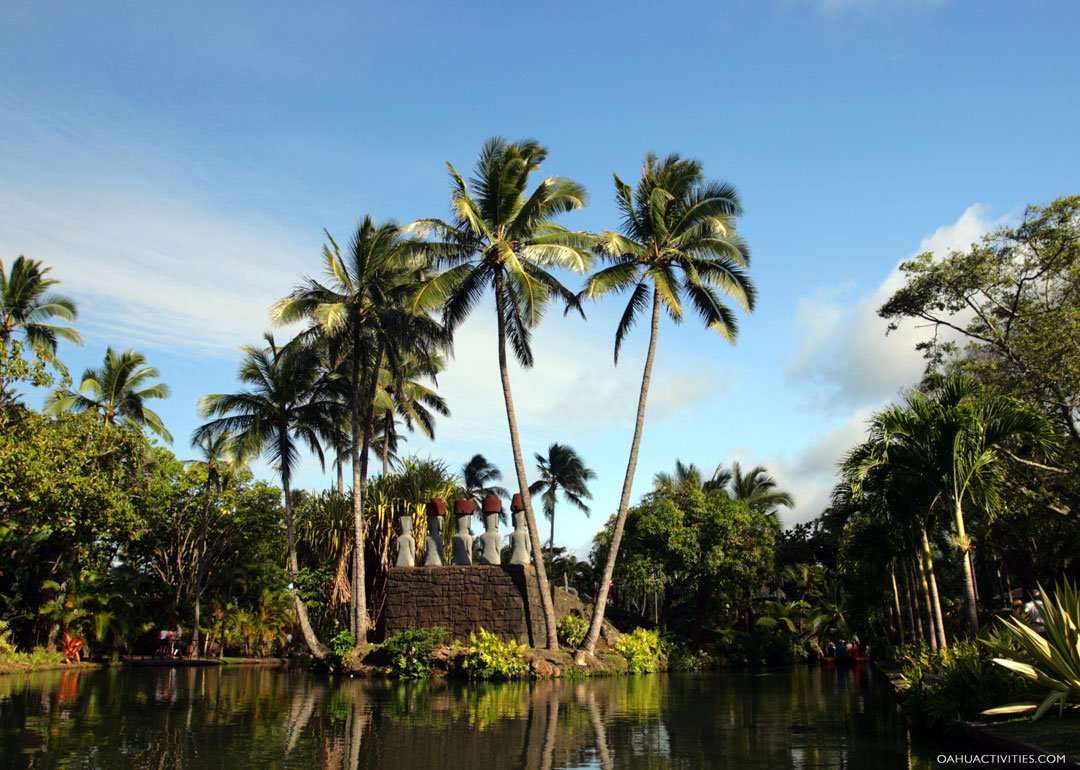 8. being the minimum of Polynesian football prodigies you may recognize at the PCC’s Polynesian Football Hall of Fame. Here, the stories, plagues, jerseys, photos, mementos, and other memorabilia highlight the power and influence Pacific Islanders have had on the NFL, from the first Polynesian to play in the league—that would be Samoan Al Lolotai, an Offensive Lineman who played for the Washington Redskins in 1945—to Jesse Sapolu, a Samoan, born in Apia and raised on Oahu, who went on to wear a San Francisco 49ers uniform throughout his career (and earning a Super Bowl championship ring in the process). You can also score some football swag at the Hall of Fame’s kiosk, including kukui nut necklaces specific to various professional teams. The new-ish gallery—it opened in 2013—is located near the Hukilau Marketplace. 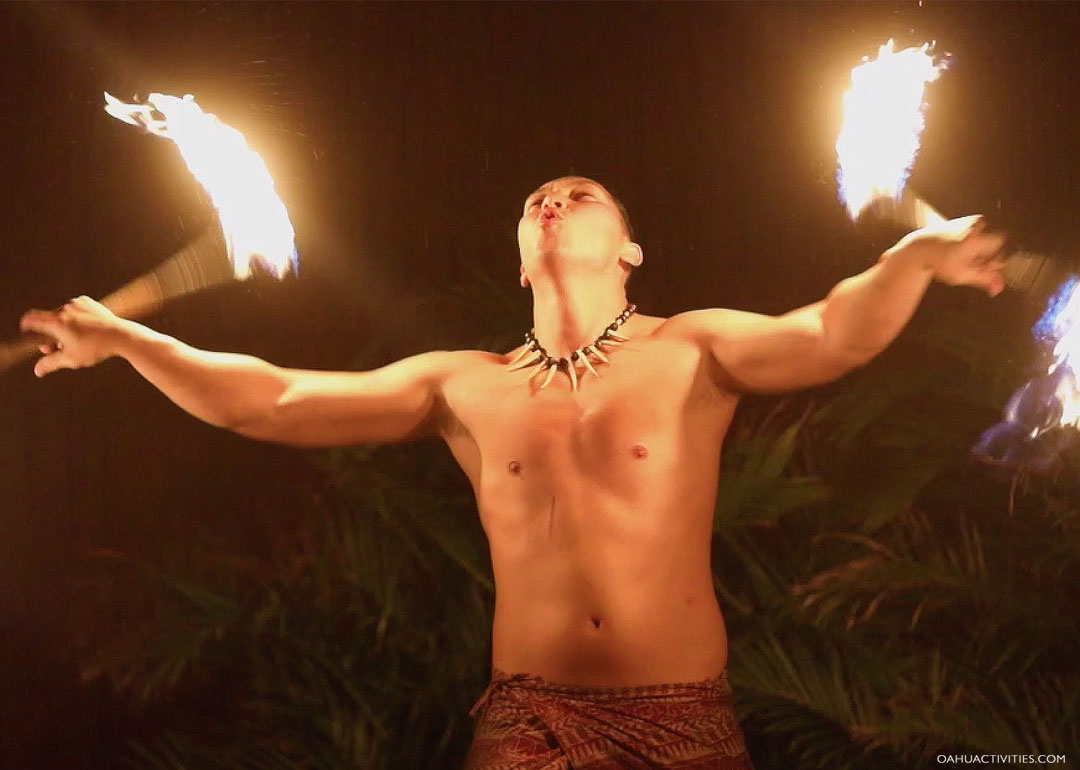 9. which is also where you’ll find more than nine gifts for your friends and family back home. “Old (er) Hawaii” is well-represented at the marketplace, where food, fashions, housewares, and souvenirs harken back to “The Golden Age” of Hawaii in the 1950s. You’ll find lovely throw pillows and Hawaiian Style quilts at Hapa Home, sculptures and ceramics at Kap, and handcrafted tikis and turtles at Polynesian Wood Carving—and that’s just our getting started.

10. meaning, your day will be a perfect 10 should you choose to end your Polynesian Cultural Center visit with Ha: Breath of Life. Offered Monday through Saturday, this mesmerizing evening performance showcases the talents of over 100 Polynesians—and consistently blows the minds of its audience members. Praised as possessing “authentic pageantry teeming and throbbing with the syncopations and synergy of the South Seas culture” by the Honolulu Star-Advertiser, Ha follows the story of Mana through boyhood and into becoming a warrior, while universal themes—of family, of pride, of love—abound. State-of-the sound lighting, superb choreography, and special effects combine with original songs to create what Hawaii Magazine readers deemed the Aloha State’s “Best Live Show.” You may think the same—particularly after a day at the PCC, where your appreciation for Polynesia will almost inevitably deepen. 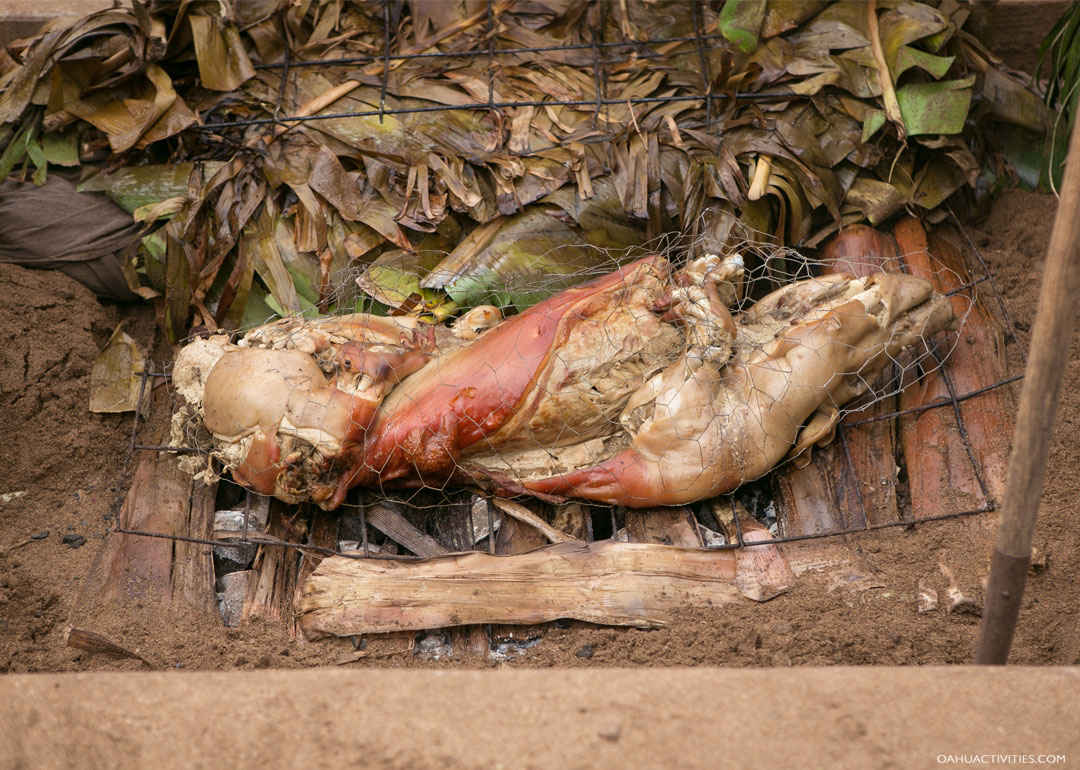